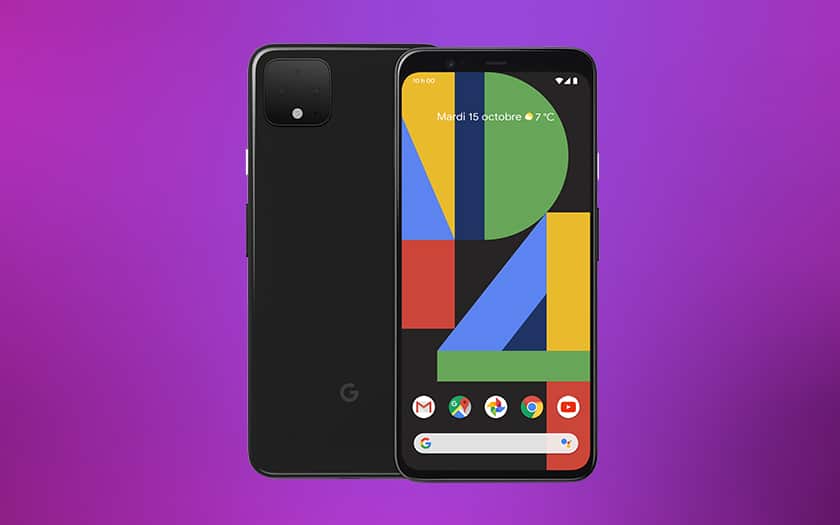 Pixel 4 and 4 XL: What you need to know about the new 2020 smartphone range from Google

The Pixel 4 and Google Pixel 4 XL are official: smartphones under Snapdragon 855 very talented in the photo, with a new AMOLED 90 Hz screen, gesture remote controls Motion Sense and a larger battery, all from 769 €.

The Pixel 4 and Google Pixel 4 XL will be launched in France on October 21, 2019, at 6 pm with store availability on the 24th. They will be available at the following prices: 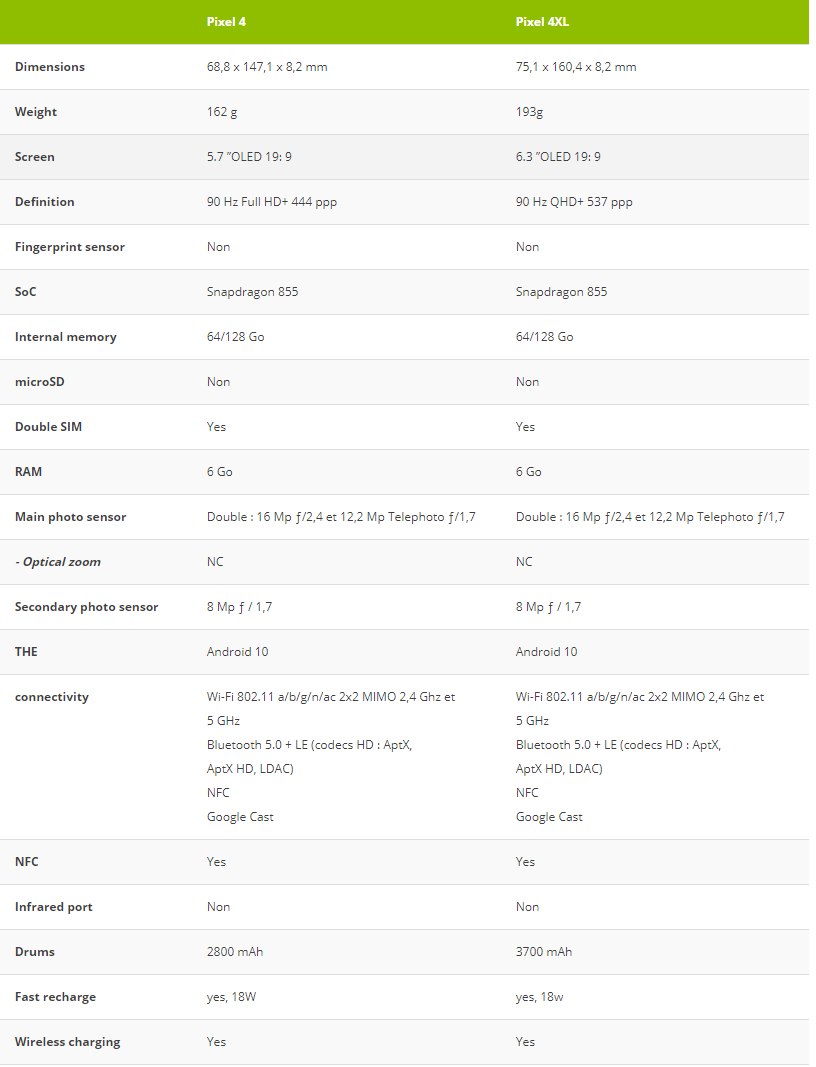 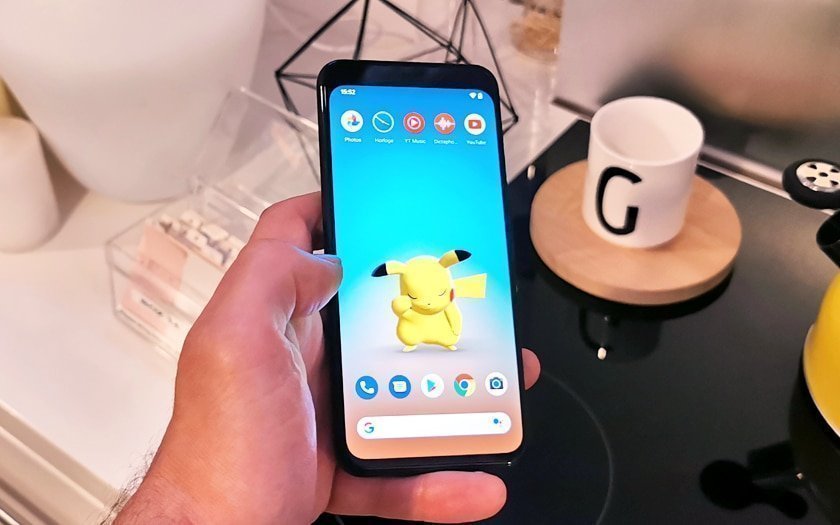 One of the most appealing aspects of these Pixel 4 and Pixel 4 XL is their 90Hz display whose quality has impressed the DisplayMate experts. The screen of most high-end smartphones is refreshed at 60 Hz (or 60 frames per second, if you prefer). With a 90 Hz screen, everything becomes visually smoother – from scrolling web pages to video games.

This is also why manufacturers who position themselves in the gaming market opt more and more for this kind of screens, even for 120 Hz slabs as in the case of Asus ROG Phone 2. It is, of course, difficult to describe the contributions of this kind of technology without having it in the hands. But when you are used to 90 Hz it is difficult to go back. 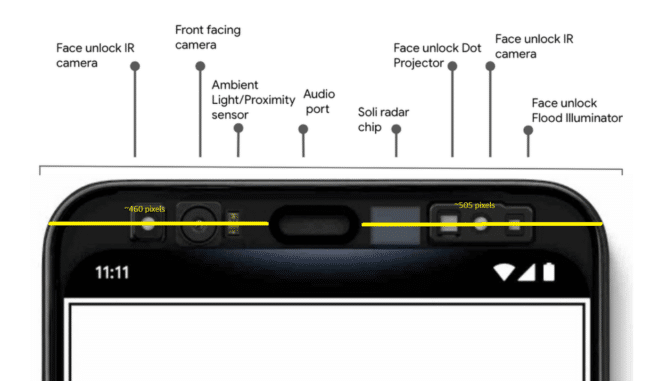 Pixel 4 is a big leap forward for facial recognition in the Android ecosystem. The system developed by Google goes further than the Face ID proposed by Apple on its latest iPhone. In addition to the 3D projector, 3D camera, and infrared LEDs to illuminate the face, Google adds a second infrared sensor that allows it to capture stereoscopic images as well as the Soli / Motion Sense radar chip.

So, as soon as you approach the smartphone, the radar chip detects it and anticipates the unlocking sequence: your face is scanned, and if it matches with the data contained in the secure enclave of the smartphone, the latter unlocks it without other operation on the part of the user. Google praises the security of this system which can be used, like Face ID, to validate payments.

However, the first implementation of the device leaves a backdoor gaping that undermines the level of security of the set compared to what Apple offers: you can unlock the smartphone or validate shopping with your eyes closed. While on the latest iPhone, you must clearly look at the screen under penalty of locking Face ID – the iPhone then requires the password.

Hopefully, something similar happens in a later update: a priori the set of sensors used by Google should allow the same kind of test.

Battery capacity down on the Google Pixel 4, up on the XL version

The battery capacity of Google Pixel 4 is down: count 2800 mAh against 2915 mAh for its predecessor. It is specified immediately, this does not prejudge in any way its final autonomy. But we note that these smartphones have, unlike the previous generation, a radar chip and a 90Hz screen that must necessarily contribute to increased consumption.

However on the Pixel 4 XL it’s the opposite since we have a 3700 mAh battery against 3430 mAh on the Pixel 3 XL. Again, the proven gain of this additional 270 mAh remains a question mark.

In the back, Google passes this year to a double photo sensor and when you know what the firm was already able to do with one of them, we say that all this is very promising. The first of these two sensors arranged in a black square is a 16 Mpx with 1 μm pixels, optical and digital image stabilization, the spectral sensor to avoid flickering effects, all with an opening f / 2.4 and a 52 ° field of view.

The second is a 12.2-megapixel sensor with larger pixels (1.4 μm), optical and digital stabilization, an f / 1.7 aperture and a 77-degree field of view. Google promises photo quality at a professional level under any circumstances, thanks to a touch of artificial intelligence. These sensors capture enough light to take pictures of the starry sky.

The selfie sensor is an 8 Mpx sensor included in a 3D facial recognition device with equivalent point projectors or even more secure than the Face ID of the iPhone. The sensor offers a 90 ° viewing angle. Whether on the front or on the back, the photo benefits from this smartphone an improved portrait mode – and the video of the Live HDR + which increases the dynamic rank of the exhibition and colours on the fly. In addition, Google has announced that the astrophotography mode (which allows taking pictures of the stars) is coming soon on Pixel 3.

Google Pixel 4 are equipped with an innovative radar sensor called Motion Sense. Results of years of research and development in the context of the Project Soli, Motion Sense is basically told you … a miniaturized radar.

Combined with artificial intelligence, this radar includes your gestures with unprecedented reliability (this kind of controls was tried more clumsily by other manufacturers), and allows you to do a lot of actions like changing the volume music, move to the next track, etc.

The demonstrations seem convincing, but one wonders what this will give to the use. Especially since it seems a redundant nothing with Google Assistant.

Design:Google Pixel 4 is available in two sizes and three colours

The design of the Pixel 4 and Pixel 4 XL is not a surprise if you have followed the leaks of recent weeks. The back of the smartphone is frosted glass. Two things are pretty amazing, by the way: Google has ended its tone-on-tone design, which has become synonymous with this range since its inception. Only a small wink: most of the back is frosted, but the glass of the photosensors is still bright. The other rather surprising blow is the new module photosensors arranged in a square.

Even more surprising that Google is not the only one to put his photo sensors squarely: Apple has chosen the same solution on its iPhone 11 to finish with the sensor arrangements in a row. On the other side, we have a screen on almost the entire front, except for a thick bar on the top of the screen (Motion Sense combo, selfie sensor, and 3D face recognition requires), and a visible chin – which seems a little against the current, from a design point of view, the evolution of high-end smartphones.

The smartphone retains two physical buttons on the right edge: Screen and Volume. It does not have a 3.5mm audio jack. In France, Pixel 4 is planned in a colour “simply black”. But other colours have also been shown, including a white colour and an orange colour.

Google has unveiled some official accessories. First, there are the official hulls proposed with textile materials in four colours (above). But also new Pixel Buds, connected headphones of the firm, which finally cut the cable, become smaller and are especially available in several colours.