The Z series encompasses Samsung’s true ostentatious smartphones. We have thus far got a Flip and two Folds. The last one debuted a few months back in August. It’s not been that much time and the buzz around Z Fold 3 has begun. Well, a recent report reveals the foldable phone will arrive slightly earlier next year.

The report from Korean publication, Aju News claims the Z Fold 3 will be releasing in March 2021. According to it, Samsung is gearing up to begin mass production.

The report has divulged and corroborated some of the rumors surrounding the upcoming Fold.

Here are the deets. 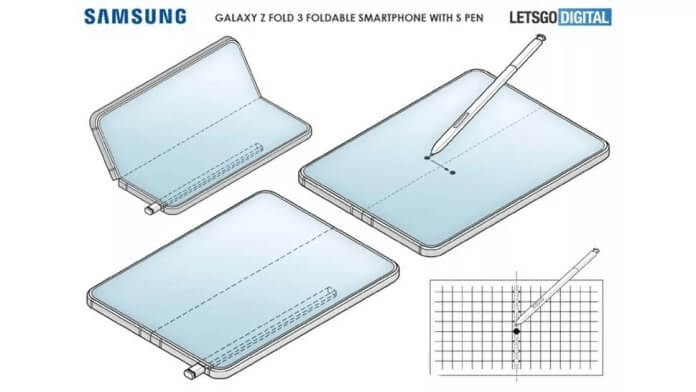 The Z Fold 3 is said to wield an S Pen and an under-display camera. For the former, the company will be using an in-screen digitizer under the second-gen Ultra-Thin Glass (UTG).

Apparently, Samsung Electronics and Samsung Display will be employing a way for the light to pass through the gap between pixels to capture the photo.

Since the Fold lineup will be taking over the S Pen, there will be no differentiation left for the Note series. So, as rumored, Samsung will be discontinuing this lineup. Or so, the report states. If true, the Z Fold will offer a bigger canvas for the pen to sail.

Further, some of the patent listings also hint at a third new screen of about 1.1 inches over the hinge. This is expected to flash the incoming notifications. And lastly, another patent shows the possibility of a triple camera vertical stack. This could likely work as both front and back snappers depending on the way one holds the phone.

Let’s wait for more conclusive reports to confirm any of these speculations. Thus, it’s better to take these details with a grain of salt.