Pixel 4 and Pixel 4 XL: Google Released smartphone to use without hands

Pixel 4 and Pixel 4 XL: Google launches the first smartphone to use without hands, from € 769

Google has just lifted the veil on Pixel 4 and Pixel 4XL. The two smartphones stand out from the competition with their seamless 90 Hz OLED display, a dual algorithm-doped photosensor, and the Motion Sense navigation system that lets you control the device without touching it. With these features never seen, Google gives a lesson in innovation to the latest Apple iPhone. Release date, price, technical sheet … We tell you everything you need to know. 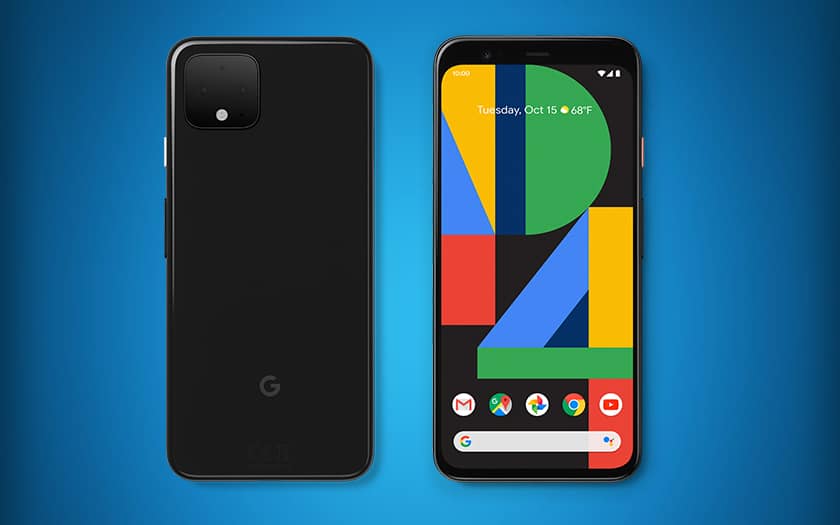 This Tuesday, October 15, 2019, Google presented the Pixel 4 and Pixel 4 XL at a conference “Made By Google” organized in New York City. At the same event, the Mountain View company also announced the arrival of the Nest Mini, Nest Hub Max and Nest Wifi.

The Pixel 4 is sublimated with a 5.7 inch OLED display at a refresh rate of 90 Hz. HDR compatible, the slab is covered with a Corning Gorilla Glass protection. According to Google, the screen adjusts automatically between 60 and 90 Hz, to optimize the viewing and performance of the battery. Ambient EQ technology also adapts the screen according to the colour and ambient light level. In the upper border, we find the sensors needed for face recognition 3D Face ID of the iPhone.

Not surprisingly, the Pixel 4 is powered by Qualcomm Snapdragon 855 SoC coupled with 6 GB of RAM. The autonomy of the smartphone is entrusted to a battery of 2800 mAh compatible with the fast recharge of 18 Watts and the wireless recharge by induction QI. The size of the battery seems light but Google promises a minimum autonomy of 24 hours thanks to the integration of artificial intelligence.

Photo side, the Pixel 4 is equipped with a dual photo sensor consisting of a module of 16 Mp and a sensor of 12 Mp. As is the case every year, the smartphone should establish itself as one of the kings of the photo thanks to the software expertise of the firm of Mountain View. “The Pixel 4 software allows you to capture professional-quality shots
at all times,” promises Google. The smartphone also benefits from a new Night Vision mode. The mode allows you to take pictures of a starry sky.

The biggest novelty in the range is none other than Motion Sense. Thanks to the technology inherited from Google’s Soli project, you can activate and control your Pixel 4 without having to touch its touch screen. It is enough to make gestures of the hand in front of its frontal sensor (composed of a radar). If the Pixel 4 receives a call, then it is enough to make a gesture above the smartphone, in the same way as for the alarm clock, so that silence returns.

The Pixel 4 XL differs from his little brother in some respects. It is equipped with a 6.3-inch 90 Hz OLED display and a 3700 mAh battery, which promises a much higher battery life. Moreover, we find the same double photosensor, the same software features and the presence of Motion Sense.

Read Also: what are the main deferences pixel 4 and Pixel 3

The Pixel 4 will land on the French market on October 24, 2019. Both smartphones will be available on the Google Store and on the website of the following resellers: Boulanger & Fnac-Darty. The pre-orders open tonight on the sites concerned. In France, Pixel 4 is only available in the colour “simply black”. 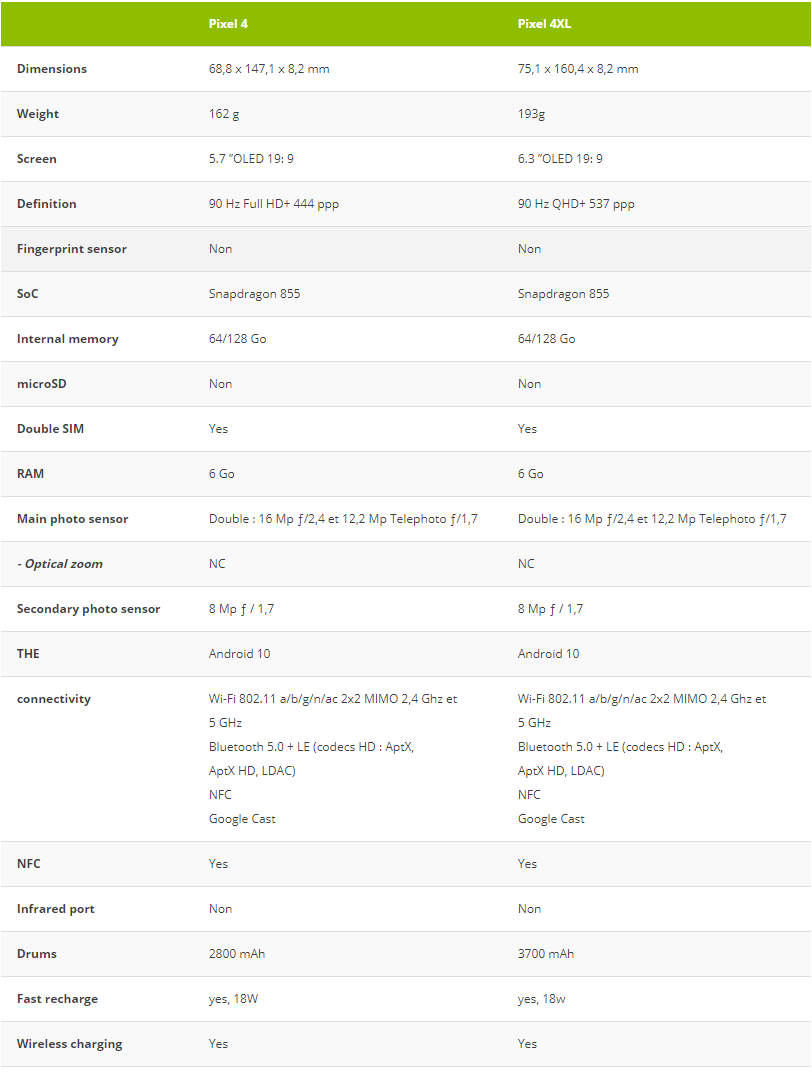