Google Pixel 4 vs Pixel 3: The comparative 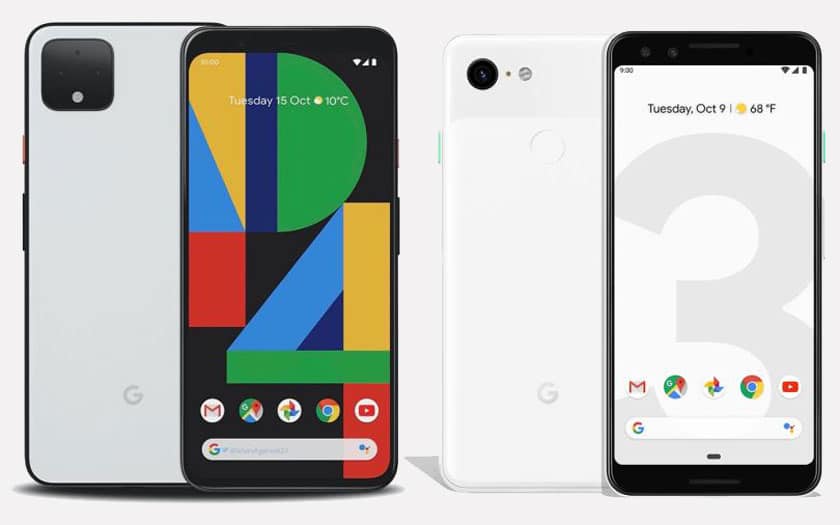 Google Pixel 4 was introduced on October 15, 2019. It was one of the most anticipated Android smartphones in the last quarter of the year. After several weeks of improbable leaks, Google has finally lifted the veil on its flagship that will debut on October 24 with a lot of novelties. Google Pixel 3 for him was already an excellent smartphone based on assets such as a very good camera. What are the points that differentiate the two models? The answer in our comparison.

In terms of design, the Google Pixel 4 and Pixel 3 share the same colour black and white. Google has instead replaced the pink with a bright orange colour. Both smartphones are dressed in a glass shell on an aluminium chassis. It is especially at the back that the design of the Pixel 4 differs from its predecessor. Google has decided to abandon the two-tone rendering of Pixel 3 and its predecessors. The new model has a uniform tone on the back. We also note the presence of a square module in the upper left corner that now hosts photosensors. 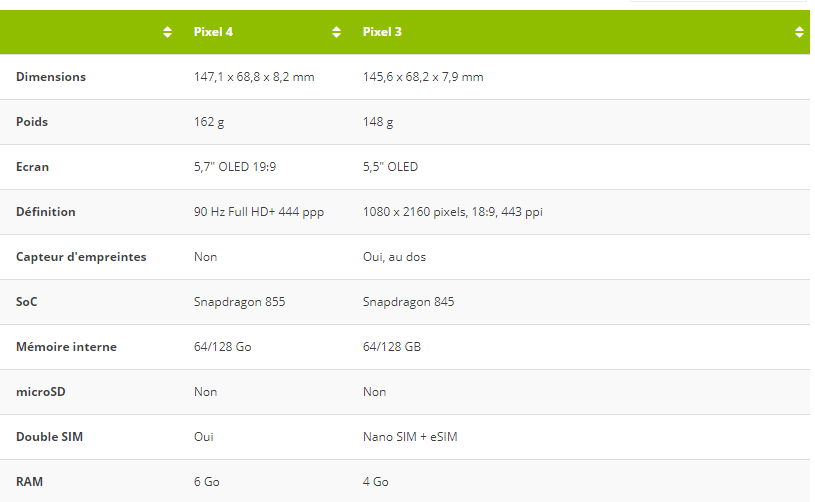 The Pixel 3 incorporates the SoC Snapdragon 845 supported by 4 GB of RAM. The Google Pixel 4 on its side embeds the Snapdragon 855 with 6 GB of RAM. Clearly, it benefits at least an improvement in gross performance in the order of 30%   and 20% for graphics performance. The extra 2 GB RAM RAM also helps to improve fluency in the execution of common tasks.

In terms of battery life, Google made the strange choice to reduce battery capacity. We went from 2915 mAh for the Google Pixel 3 to 2800 mAh for the Pixel 4. Both smartphones are compatible with 18 W fast charging thanks to their Power Delivery compatibility. They are also compatible with Qi wireless charging.

The screen of the Google Pixel 4 is it slightly larger than the pixel 3. Both are 5.7 and 5.5 inches diagonal Full HD + definitions and Full HD, respectively, allowing them to share almost the same pixel density (444 dpi and 443 dpi). The big improvement found on the new model is the refresh rate of 90 Hz of the screen, against 60 Hz maximum for the pixel.

This promises greater fluidity for extreme uses like playing videos or performing a demanding game. Apart from that, both smartphones are equipped with a high-quality OLED screen with deep blacks and vivid and accurate colours.

This is probably where the biggest improvements come from Pixel 4. While the Pixel 3 has only one main photosensor of 12.2 megapixels, the Pixel 4 has a dual configuration objective with the main sensor of 12.2 MP. The second objective is a 16-megapixel telephoto. Its advantage is that it offers an optical zoom x2, unlike the sensor of Pixel 3.

For selfies, the Pixel 4 has a unique lens of 8.1 megapixels, plus a new network of sensors including the one for facial recognition that works even in low light conditions. Finally, the Soli radar chip allows Google to offer the Motion Sense feature. Thanks to it, you can control the smartphone with more precise gestures. Pixel 3 has a dual 8 MP sensor for selfies.

It goes without saying that on paper, Google Pixel 4 offers some improvements, especially in terms of screen and photosensors. If you want to take advantage of its advantages, the smartphone is already pre-order and will be available on October 24 from € 769 for the 64 GB version which is the only one available for the moment. However, for those looking for a compromise, the Pixel 3 is also an excellent smartphone whose price has already dropped since the announcement of the Pixel 4. On baker, it is for example available at 479 € instead of 859 € in version 64 Go for the pink colour.