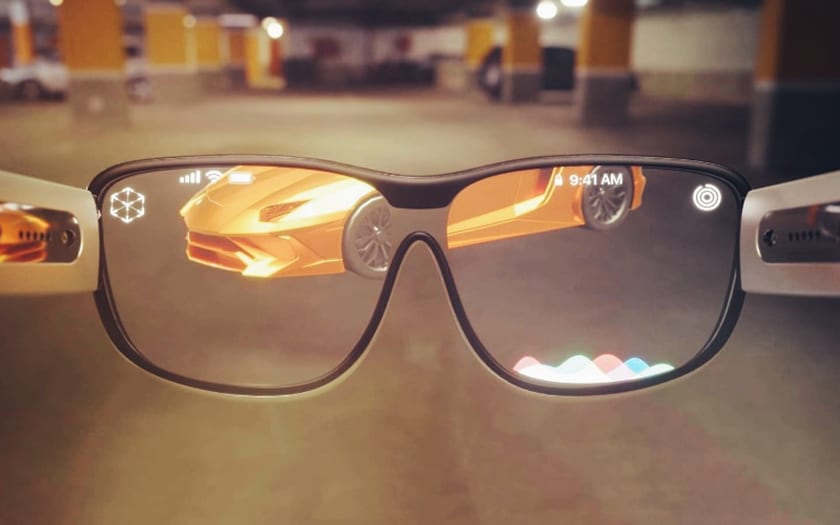 Apple Glass: AR glasses could change the transparency of glasses on order

The Apple Glass would be equipped with lenses that would allow them to change color depending on the brightness, and become more or less opaque to order. This is in any case what emerges from a new patent filed by the firm. If this is confirmed, technology would be unheard of.

The project is developed in the greatest secrecy, it does not prevent that we know more or less that Apple works on augmented reality glasses – often nicknamed Apple Glass. These should be launched in early 2020. And in case you wonder how we can know that Apple is developing this ultra-secret project, it’s for a very simple reason: the Cupertino company has not stopped filing patents for several months!

The latest one describes the operation of the glasses of these glasses. Unlike Google Glass which projected an image on the user’s eye, it seems that Apple has instead made the choice of transparent screens. With some extras that would make completely new technology. In addition to being able to superimpose an image on what you are looking at, these glasses could also dim the light, or even make the glasses more or less opaque as soon as necessary.

The patent spotted by Patently Apple describes indeed glasses-screens on which are added several layers giving them these properties. For the brightness, there would be the first layer of photochromic glass – the same as the glass of the glasses which are tinted alone when there is too much sun. Another photochromic layer controlled this time through a light source inside the glasses would selectively control their opacity.

So these Apple Glass could better bring out the graphics produced by its lenses, whatever the situation – and generate more immersive augmented reality experiences than what has been shown by Microsoft with HoloLens, MagicLeap or Google with its Google Glass. The details of the technology are quite technical, but Patently Apple gives some explanations embellished with graphics. Do you think Apple will create a surprise with its Apple Glass? Share your opinion in the comments.

Recommended Deals for you